a Devonshire man of renown

from South Molten he came

and hunting his game

when he cast off his coller and gown

One day he journeyed to Oxford

to some business he had to attend

and when there one night

he bought a bitch that was white

it's from her that all Jack Russells descend

He started training his puppies

by letting out rats from a box

it made them keen

if you know what I mean

then later they were entered to fox.

from the ones that were bred years ago

but their spirit's the same

they're still just as game

but sadly some are just kept for show

So what is the ideal Jack Russell

well an old friend of mine once told me

if it's for work they are bred

they need a wise head

and at that I am sure we agree

He likes his twelve inch at the shoulder

tricolour or brown and white

a chest you can span

and he doesn't want one that will fight

So good luck to all who have Terriers

may they give you a sport that is rare

but when you unbox

and work up to your fox

and play the game fair! 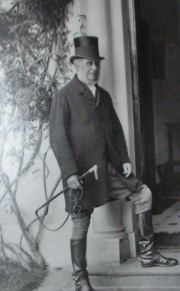 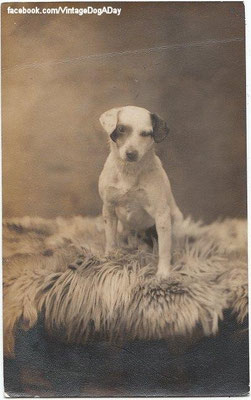 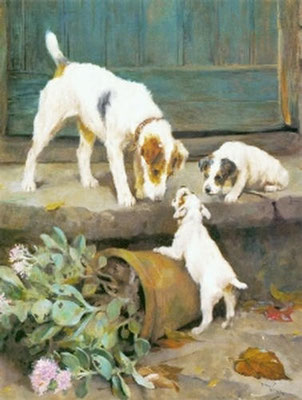 The British Jack Russell Terrier Club was formed in 1992 by Jack Russell enthusiasts’ in the South and West of England, who were alarmed by the cross breeding which seemed to becoming popular in other parts of the country. The Clubs aim has always been to preserve The “PURE JACK RUSSELL” in its original form, so that it’s unique working qualities, intelligence and temperament are preserved for future generations. With a wealth of experience behind us, the committee is confident that the “REAL BREED” is still safe in our hands. Anyone who owns a terrier is welcome to join our club, and through our judges, learn what the Real Jack Russell should look like, why it is kept that way, and why we as caretakers of this wonderful working breed are so against the crossing of other terrier breeds into it, which has been proven time and again to be detrimental to it’s working qualities. We believe it is a breed worth preserving so if you are interested then show your support.